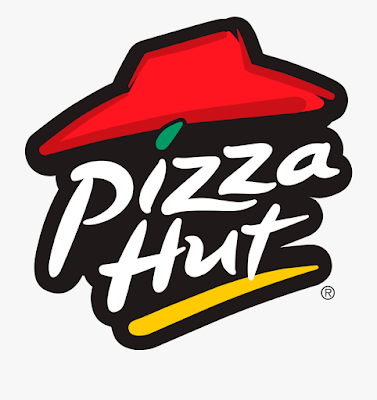 I. Introduction
Pizza Hut (PH) was first opened in Wichita, Kansas on June 15, 1958 by Dan and Frank Corney. In the following February, they had opened two more restaurants and had begun to develop plans for the first franchised outlet. PH went public in 1969 and was acquired by Pepsi Co in 1977. By December 1986, PH had a total of 5,025 domestic units and annual sales of almost $ 2 billion.
Pizza was a very popular restaurant food item and was predominantly a dinner food. Pizza was a personal experience for many people. In the early 1980s, convenience was crucial to many consumers and carryout and home delivery are increasing because two-career families do not want to waste their time eating in restaurant.
The rapid growth in home delivery in the mid 1980s revitalized the pizza market and was responsible for pizza’s position as the fastest-growing fast food market. Three main segments in pizza restaurant market are eat-in, carryout, and delivery.
In may 1986, the president of Pizza Hut Inc, Steve Reinemund, announced a new strategy in marketing the pizza, delivery. Half of the 5,025 PH system restaurants were owned by large and powerful franchisees with exclusive right to their territories. Some franchisees agree with the new strategy, but some don’t.
Pizza Hut dominated the eat-in pizza segment nation wide for years, while the Godfather’s Pizza, which competed in many of the same local market as PH’s most significant national competitor. By the year 1984, Domino’s Pizza was a serious competitive threat to PH leadership position in the overall pizza market. Two-thirds of domino’s outlets were franchised while some of its outlets had carryout windows and Domino’s was essentially a delivery-only chain. By late 1985, PH senior management was convinced that Domino’s dominance of the fast-growing delivery segment was the major threat to PH’s continued leadership of the overall pizza market.

II. Problem
How to review  the overall Pizza Hut strategy and profit impact on Pizza Hut of delivery

The Boston Consulting Group (BCG) Analysis
BCG is used for determining Pizza Hut’s position in the industry based on market growth rate and relatively market share. Pizza Hut in 1986 (based on exhibit 2) is 11.3%, in BCG this is considered high. And then Pizza Hut’s relatively market share based on exhibit 1 is 1.24 times. This calculation is done by comparing system wide sales of Pizza Hut with the largest competitor in the segment, which is Domino’s Pizza (DP).
Based on data above, Pizza Hut position BCG is stars

Marketing growth rate
A star does not necessarily produce a positive cash flow for the company. The company must spend substantial funds to keep up with the high market growth, and to fight off their competitors attack (Kotler:95), in this case Pizza Hut should spend substantial funds in entering new segment like delivery market to fight off their competitors such as Domino.

SWOT Analysis
1. Opportunities
(1)   PH have seven company owned restaurants and 293 franchised restaurants. So, PH have opportunities to deliver their product more faster then their competitors.
(2)   PH can make a buying process more convenient and efficient so they can get satisfied customer e.g. give incentive for lateness delivery. If the delivery late about 30 minutes the customer can get the pizzas for free or get discounted price.
(3)   PH can implement some price discount (cut price until 50 percent), coupon (give coupon for buying over $50), and deal sensitive (get three-for-two) for their customer.
2. Threats
Changing in customers life like two-career families, in home video rental market and baby-boomers, brought new fast food concept which is pizza home delivery. There is one company, Domino’s Pizza, posed a serious competitive threat to PH leadership position in the overall pizza market because:
(1)   DP was essentially a delivery-only chain
(2)   DP have satisfied customers
(3)   DP have highly enthusiastic franchise system
(4)   DP implement deal sensitive
(5)   Sixty-eight percent of DP advertising was specifically focused on the markets PH was attempting to open for delivery
3. Strengths
(1)   PH have three main  segments comprised the pizza restaurant market: Eat-in, carryout, and delivery compared with companies competed have only one segment.
(2)   In  the well-development markets PH had been adding facility called a single phone number. Orders were then sent by facsimile machine to the appropriate delivery unit.
(3)   PH  implemented the computerized central ordering system, called the Customer Service Center (CSC), allowed customers in a particular market to call a single number to place an order.
4. Weaknesses
(1)   Delivery system needed high cost
(2)   Coordination between franchisee with company not yet solid in implemented delivery cause still in process.
Feedback and control by provide customers services, so the company can improve in their quality and service.

Strategy Competition of Pizza Hut
Strategy Competition concept is done by comparing Pizza Hut’s market share with its competitors. Based on Kotler (2003) there are 4 kind of strategic competition:
1.      Market Leader
Market leader is a company that have the largest market share in the industry. In hypothesis, company is considered as market leader if the company have 40% market share.
2.      Market Challenger
A company is considered as market challenger if it has 30% market share. In his position have opportunity to attack the market leader.
3.      Market Follower
In this position, a company is prefer to follow the market leader strategy than challenging the market leader. In hypothesis company have 20% of market share.
4.      Market Nicher
At this position the company become a leader in the small market (nicher). The purpose of this action is avoiding competition with large company.
In this case, Pizza Hut is considered as market leader. It can be seen in exhibit I. In 1986, Pizza Hut get the largest sales. The second place is Domino. Domino is considered as market challenger. The competition between Pizza Hut and Domino is very tight, and this condition give opportunities to Domino’s for attacking Pizza Hut and become market leader. Facing this condition Pizza Hut must take some action to defend their market position.
The action that can be done by Pizza Hut are (Kotler: 255)
1.      Expanding the total market
Pizza Hut have to look for new user. In this case Pizza Hut should attract new consumer with their product and special offer with their price. Pizza Hut can add their budget in advertising to boost their sales and make special product that make consumer eat more and more pizza (e.g. with new recipe).
2.      Defending Market Share
Pizza Hut have to defend from competitor’s attack, such as Domino, to maintain their market share. Pizza Hut should maintain their quality in the highest one and stick on premium price. Pizza Hut also have to do such creative innovation and seeking for competitor’s weakness. The best defend and the best attack.
3.      Expanding Market Share
Pizza Hut should try to increase their market share in order to maintain their market leader position. This strategy require a lot of resources and must be well planned.

Customer Satisfaction.
For maintaining and increasing customer satisfaction, Pizza Hut can give value added to the product that offered to the customer. Value in here means something that customer get from the interaction with the company (Barnes, 2001 : 33-87).
Value added that offered to customer is not that simple as serving “the core of product and service” that better or with lower price from the competitors, although that effort can show value creation in some customer in many cases, but that effort can’t create “long term satisfaction” and “retention” that is expected by the company. In creating value to the customer that can give “long term satisfaction” and “retention”, company must add 4 factors which is “support service and systems”, in the case of system handling of complaint, and other facility able to improve and support "core”.  "Performance Technical", its emphasis is to ensure that "the core product and service" sent to customer in the right way by company. “Element of customer interaction”, in this factor, company have an interaction with its customer with face to face or contact on technology based, for example like providing web site. Emphasis at this factor is to make customer feel easier in have interaction with company. Last factor is "emotional element", at this phase its emphasis in how to grow positive feeling in customer to company (Barnes, 2001: 66-73).

Conclusion
1.      Based BCG, Pizza Hut’s position is stars, in this case Pizza Hut should spend substantial funds in entering new segment like delivery market to fight off their competitors such as Domino.
2.      Based on SWOT analysis we conclude that with three main segments ( eat-in, carryout, and delivery), have CSC and single number facility, Pizza Hut can get opportunities to expand their market shares in delivery pizza’s industry by design better quality of services so they can gain profit and costumer loyalty.
3.      Based on strategic competition so Pizza Hut is considered as market leader. Pizza Hut must take some action to defend their market position, the action are expanding the total market, defending market share, and expanding market share.
4.      Pizza Hut should create value to the customer that can give “long term satisfaction” and “retention”

Recommendation
From the analysis above, we recommend the Pizza Hut to continue delivery strategy to strengthen their position in the industry as market leader and implementing some innovations:
(1)   Design delivery box which  can guarantee the quality of the product.
(2)   Design best packing for delivery Pizza Hut.

(3)   Arrange the delivery’s time as efficient as possible by determine best routes to get to some specific places.