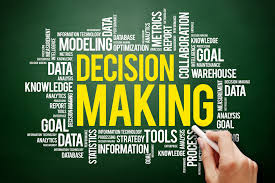 As a region that has a very strong royal cultural base (kraton), it influences the cultural system of the people in that region. The people of DIY highly uphold Javanese culture as part of their daily life order. The culture of mutual assistance, mutual assistance, fine grammar, highly submissive to the leadership, kinship and mutual trust are examples of the umpteenth culture applied in Yogyakarta. The culture is very strongly attached, even to this day, still held in high esteem. This is what seems to distinguish DIY from other regions in Indonesia.

When associated with business activities, community culture is an important factor that influences business policy determination. There needs to be an in-depth understanding of the culture of DIY people to be used as study material if they want to conduct business activities in DIY.

2 Cultural influences on business policy determination
What is Indonesian culture? Of course we don't dare to answer it. But as a popular illustration, in Indonesia we are indeed disturbed by that question, because we have more than 300 ethnic or ethnic groups, as well as language, as a result also cultural arts, traditions, and to some extent differences in behavior or lifestyle.
In general, it has been formulated, that Indonesian culture is a collection of the peaks of regional culture that are different from each other and are scattered throughout the archipelago.

But if we examine deeper, and go straight into the field we cannot beat all regions in Indonesia to have the same culture. From the above understanding it appears that Indonesia has a diverse culture. Where between one area with another has a different culture. With these different cultures, of course all behavior, habits and procedures will also differ from one place to another.

With this understanding, in relation to economic activities (investment policies), it is necessary to have a deep understanding of the culture that prevails around to be used as a guideline in determining economic (investment) policies so that the two 'items' do not clash and can interact positively with each other so that activities the economy can run smoothly with cultural support.

The fundamental thing about the importance of cultural factors as one of the keys to success of an economic activity (business), is that culture is a broad scope of behavior behavior adopted by a particular community in a particular place, so that it will directly affect all forms of habits that are carried out by a certain community of people. So in this case, cultural factors (surrounding communities) play an important role in supporting the success of economic activities in a region.

3 Community Culture in DIY
In the narrowed scope, the discussion in this paper will focus on the culture of the people in DIY. This is based on its relation to the determination of business policies to be implemented in DIY.
It is important to know in outline the traditional models can be categorized into two major groups, namely the liberal and communitarian models.

4 Business policies that are relatively suitable to be implemented in DIY
Similarly, what should be done in business activities in DIY. To further synchronize between culture and the application of business activities, the family and deliberation elements are used as one of the main tools for determining business policy in DIY. For example in terms of determining the rules and dispute resolution that occurs in business. At least kinship and deliberation are used as the first tool to resolve. If it is not resolved, it will only be resolved legally or officially.
Many benefits can be achieved, but there are also many shortcomings from the model. As for the advantages of the model

Many benefits can be achieved, but there are also many shortcomings from the model. The advantages of the communitarian model include:
Ø There is a possibility of suppression of costs.

Ø The time used is relatively shorter.

Ø The results obtained can relatively represent the desires of each party.
But the disadvantages of applying this model include:

Ø There is no standard in general, all depends on the conditions, situations, tolerance, views, and range of each of the interested parties.

Ø There is no formal legal force.

5. CONCLUSION
In application in the field there are two things that always become the root of the problem in the conduct of business activities: (1) differences in business objectives, and (2) cultural differences and perspectives.
Business goals must be mutually agreed from the beginning before the two parties partner (either as partners or owners of the company with workers). For the better the initial agreement should be made with deliberation and kinship, only if not met with the help of existing regulations.
What about cultural differences and perspectives? Habits are formed from knowledge (what to, why to), skills (how to) and desire (want to). Ways to sustain a partnership are:

Ø Always maintain what has been obtained. In a new relationship, of course it is natural if one another doesn't trust each other. Try to always believe and think wisely not to make mistakes. Don't count contracts that make you difficult. Because the formal agreement can not always anticipate everything

Ø Relationship capital does not only make agreements. The top leader should never make the assumption that the work has been completed if the agreement has been signed. Not when he has delegated the crucial work of building partnerships with analysis staff, consultants, brokers or lawyers. Leaders always maintain a family relationship with their partners.

Ø Connect through many people. It's easier to connect with your partners than to maintain your organization. Try always to want to know partner members as peers. Care about differences, but keep conflict away. Differences are human things and try to discuss these differences with the aim not to conflict.

Ø Always ready for change. Sometimes you work together, so you don't need helpers anymore. Partnerships are like windows to other worlds and can stimulate innovation if you are open to change.

Ø Help everyone to succeed. One of the values ​​of partnership is not only for today's transactions, but rather is building trust in the future. Open the door for your partner, push his reputation, use your expertise to help any partner to share success.