The comparison between primal leadership and quantum leadership 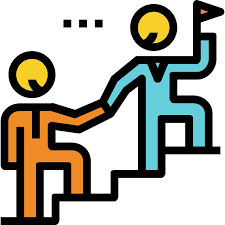 1. Primal Leadership
In the book on primal leadership states that great leaders work with emotional involvement. Great leaders move us by inspiring and inspiring the best in us. Whatever they plan depends on how they do it, even if everything is prepared properly but the leader fails to carry out his basic task of directing emotions towards the right, then what they do will not get the results they should.

The task to direct this emotion is primal (primary). This task is both the original and most important act of leadership. The leader always plays the primordial emotional role, whether he is the chief or customary leader, they get their position mainly because of their ability to move emotions.

In modern organisations, this primordial emotional task, although mostly invisible, is the leading task among many other leadership tasks. The task of this emotion is to move the collective emotions in a positive direction and get rid of the smoke haze formed by toxic emotions. This task applies to leadership everywhere, from leaders to shopkeepers.

This shows another important aspect of primal leadership, its influence is broader than just ensuring that the work will be done well. Followers also look for emotional connections that will support a leader in seeking empathy.

The ability of a leader to lure out the best in everyone is called resonance, whereas if a leader moves emotions negatively then the leader is called to spread the seeds of dissonance.

One sign of a resonant leadership is the presence of a group of followers who vibrate with the energy of enthusiasm and enthusiasm of leaders. The hallmark of primal leadership is that resonance amplifies and lengthens the emotional impact of leadership. The higher the resonance level of people, the less static motion sounds in their interactions, the resonance reduces the system noise. The adhesive that puts people on a team and that binds people to an organisation, is the emotion they feel.

Under the guidance of emotionally intelligent leaders, people feel a level of comfort that is mutually beneficial. They share ideas and learn from each other, make decisions together, and complete tasks together.

They form an emotional bond that helps them to stay focused, even in the midst of great change and uncertainty. And most importantly, attachment at the emotional level makes work feel more meaningful.

According to biology it is said that the resonant art of leadership is the ability to knit intellect with emotions. Of course leaders promote business skills and thinking skills to be able to make decisions. But if leaders try to lead by relying only on intellect, they will miss an important part of achieving success.

Conversely, if the leader does not resonate or can be said the leader is dissonant, people can just do their job well enough but do not give their best.
Without an adequate heart a leader can manage but not lead, in short dissonance weakens people's spirits, exhausts them or makes them move jobs. There are other losses that are personal due to dissonance. People who work in toxic environments bring the poison home. The stress hormones released during the toxic workday still flow throughout the body for hours later.
The reason why a leader's attitude is very important is not only what he does but how he does it lies in the design of the human brain.

Both systems are open loop, this system depends a lot on outside sources to regulate itself. In other words, for the stability of our own emotions, we rely on relationships with others. There is no doubt that the open loop system is a superior design in evolution because it allows humans to save each other as if a group reconnaissance signalled danger when he felt a threat

The key for this primal leadership to work well is in the leader's emotional intelligence competence, how the leader handles himself and his relationships. Leaders who maximise the benefits of primal leadership will move the emotions of followers in the right direction.

There are four domains in emotional intelligence:

First, self-awareness means having a deep understanding of self-emotions, as well as strengths and limitations of self, as well as values and self-motives.

Second, self-management means having emotional control, showing honesty and integrity, being able to adjust, having the drive to improve performance to meet work standards, having initiative, and always seeing the positive side of an event.

Third, social awareness means to have empathy, to be able to read what is happening and recognise and meet the needs of followers, clients or customers.

Fourth, relationship management means being able to guide, master various tactics to persuade, support the abilities of others through feedback and guidance, initiate and lead in new directions, have conflict management skills, grow and maintain relationships, can work together and build groups.

These four things are a set of important skills for resilient leadership. Emotional intelligence is not a natural talent but a learning ability, each of which makes a unique contribution to creating a more resonant leader.
The uniqueness of the primal leadership model is that this leadership model is built based on its relation to neurology. New breakthroughs in research on the brain show why leaders' moods and actions have a major impact on the people they lead

There is no creature that can fly with one wing, leadership occurs if the hearts and minds meet one another. These are the two wings that enable a leader capable of high cutting.

All leaders need adequate intellectual intelligence to understand specific things about their tasks and challenges. Certainly leaders who are gifted in analytical and conceptual thinking have added value. Intellectual quality and clear thinking are the characteristics that bring a person to a leadership position.
Without this basic ability, the door to leadership must be closed. However, intellect alone will not make a person a leader, a leader carrying out a vision by motivating to guide, inspire, listen, persuade and, most importantly, through the creation of resonance.

2. Quantum leadership
Various developments in society have pushed The Jakarta Consulting Group (JCG) to develop the concept of leadership. An increasingly critical and egalitarian social environment requires a different approach if the primal leadership approach is emotional intelligence, but this time JCG applies the concept of quantum leadership that is more oriented to the future with a commitment to be able to see and dream, change and move subordinates towards goals that planned.

This concept will run smoothly if it has the support of five other components, namely strategy, commitment, sensitivity, action and speed. These five components are then broken down into five more components, namely long range planning, enthusiasm, business ethics, interdependency team power and continuous improvement.

In the business world we know various types of leadership both traditional to the most modern views. Starting from the approach of the traits, traits, and traits of someone our leader knows as a trait approach, behavioral approach, situational approach to quantum leadership which is a further development.

There is a feeling of change in the business world so a new approach is needed. This approach is known as Quantum Leadership. All of the changes above are changes in the paradigm of leadership in accordance with the demands of the times.

Quantum leadership emphasizes its discussion on managerial ability and analysis alone and tends to forget the emotional intelligence that also plays an important role for a leader.
This can be seen from the core implementation of quantum leadership in the form of mental and attitude development, professional working knowledge and physical condition.

As Albert Eistein said that we must be careful that we do not deify intellect. Of course intellect has power but does not have personality. Intellect cannot lead, intellect can only serve. Although business culture places great value on intellect and underestimates emotions, in the true sense, emotions are far more powerful than intellect.

32 comments for "The comparison between primal leadership and quantum leadership"

A strategy of competitive advantage in digital business
October 01, 2018 319 comments

Getting Money from Your Own Blog Without Capital for Beginners
March 31, 2021 8 comments