Get to know Artificial Intelligence, the Latest Technology that Makes It Easier 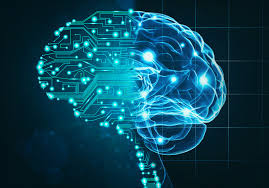 For millennials, artificial intelligence technology (AI) may not sound familiar. But, do you know about the background, pros and cons, and examples of their implementation in everyday life? Conscious or not, AI has entered into many aspects of our lives, you know. Come, see the full review below!

History of Artificial Intelligence, Creation and Its Improvement

Although artificial intelligence has only boomed recently, the concept has emerged since 1951. Unexpectedly, huh? The University of Manchaster was the first to formulate the concept of AI to be applied to their Ferranti Mark machine. Then, the beta concept of AI was continued by Christopher Stracey.

He developed AI on a broader dimension with the aim of entertainment, namely the chess board. Stracey, in 1953 released a chessboard where the pieces could move on their own. This allows one to have automatic chess opponents. However, at that time the name artificial intelligence had not been officially used.

Scientist John McCarty was the first to name the algorithm in 1956, right when his first conference was held. However, the refinement of AI itself was carried out by Alan Turin through his open test, "Turing Test". Alan's version of Alan's algorithm is until now used in the application of AI in various fields.

What exactly is artificial intelligence?

While the scientific definition of artificial intelligence is an algorithm that is implanted in a machine in order to make its own decisions. From where can they determine the right course of action? Through genuine human experience that has been digitally recorded in the system. The purpose of AI itself is to facilitate human work.

Pros and Cons of Artificial Intelligence

It has been mentioned slightly above, that the creation of AI is actually to facilitate the work of humans. Even so, there is opposition from experts about the very rapid development of AI over the past few years.

The parties who are pro towards the development of artificial intelligence argue that:

2. AI can identify a complex pattern to simplify.

3. AI can improve the quality of work produced by humans.

Meanwhile, those who openly oppose AI or at least admit that the pace of development must be limited have an opinion

1. AI can displace employment for humans, because the more efficient their work is, the less human resources are needed.

2. AI can trigger a world war if applied for military purposes.

3. AI has the potential to make people negligent and lazy to carry out trivial activities.

Examples of Implementing Artificial Intelligence
So, what sectors have implemented AI technology? The answer, a lot. Starting from the internet, multimedia, to automotive.

Google
The most used search engine in the world and the owner of Android patents, Google, is the most familiar example of AI. Google makes it able to collect millions of data through just one keyword.

Siri
The application that is installed on iOS-based devices is capable of running devices only with the owner's voice instructions. Siri is also the most popular application of artificial intelligence.

Tesla
The car can operate alone although there is no driver is not impossible at this time through the application of AI in the automotive sector. The Tesla Smart Car is a car that can execute trips automatically without being controlled by the driver.

In conclusion, in today's digital era, we need artificial intelligence. There is nothing wrong with implementing AI in the internet or other technologies. However, it also needs to be balanced with increased human resources in order to create a balance so that artificial intelligence does not undermine and even control humans.