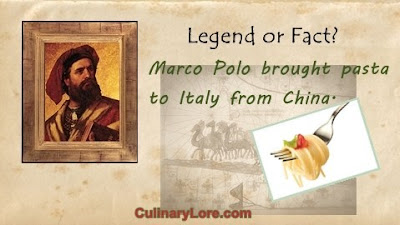 Many scholars do not take the book seriously at all. And even though Marco Polo became famous in his own life through a big story he said, he himself wasn't necessarily taken seriously either. There is a story about children following him around saying, "Messer Polo, tell us another lie."

There is no trace of the original Polo text, either in his own hands or as told to fellow prisoners in Genoa. All 150 or more manuscripts we know are third-hand, and they often differ greatly from one another. It is very doubtful that he was a big influential advisor and messenger from Khan that he claimed, even though he might have become a minor civil servant. It seems that he became deeply immersed in Mongol culture, but they don't even eat noodles. When it comes to books, many people ask, did Polo travel so extensively throughout China, why did he never mention the Great Wall? It seems difficult to leave out of a story from a large land. Did he even go there?

There is room for doubt. Along with leaving the Great Wall out, no more chopsticks. Chinese eat with two small sticks. How can you not mention that? Leg binder? That's kind of impressive. Not mentioned. There is also no mention of Marco Polo in every Mongol life or Chinese record. Many of the inaccuracies in his book can be attributed to third-hand translation, but there are so many problems, some historians think that he might never have actually made it to China, but instead, according to this article, "took the two hand stories of China, Japan and the Empire Mongols from Persian traders he met on the shores of the Black Sea, thousands of miles short of the Orient ... then rocked them together with another information memo for what became the best-selling account, A Description of the World, one of the first travel books. "