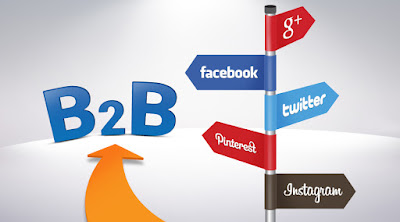 Jonathan Wichmann explains how he built a social-media-friendly culture in container-shipping companies.

Start under the radar
Our initial goal for social media is to increase brand awareness, increase customer loyalty, increase employee engagement, develop customer insight, and control the flow of news. That is the "soft" side of things. At first, we did not expect to sell container shipping via social, even though we are learning now that we actually can. Our social program is small and rooted in the communications department. We don't need a lot of budget, because I do most of the work myself, which also allows me to work with minimal supervision.

Maersk wasn't sure exactly how we would be able to engage with people when I started, but in the first week I discovered our digital archive, which no one used. That's 14,000 photos on file - mainly ships, seascapes, ports, and others. I know I can share them and add stories to them. That rich history is something that I can share that is unique to Maersk, and people really respond to that. Now people who don't even know who we are taking and posting photos from the Maersk ship.

Many other large companies are far more top-down in their approach. They build a business case, get it signed by management, outsource the actual work to the agency, plan their post next week, and get them approved by law, and so on. That's a recipe for slow death. We do the opposite. Management trusts me to handle social media. We have taken a more exploratory approach and focused on getting culture and organization onboard.

That's also how we have such a wide presence on social media on more than ten platforms. We have more than 800,000 fans on Facebook, 40,000 Twitter followers, and 22,000 Instagram followers. In one-and-a-half years, we have spent less than $ 100,000 on external resources. Our low investment-a company with $ 27 billion in revenue has allowed us to stay under the radar, explore the landscape, and use social media in the way it was intended: to communicate with people.

Find an audience
Part of our audience is, of course, Maersk's employees, but over time we have seen significant growth in people from the wider maritime industry. What I have been surprised by is the size and involvement of the maritime community. People in the maritime industry see social benefits - they spend a lot of time at sea and they want to be connected. So they follow us because we are so socially active.

Also, in a recent survey, 15 to 20 percent of our Facebook fans told us they were customers. Although social selling is also part of the scope, we need to remember that sales must be more than just selling goods. Sales must be about understanding customers, interacting with them, helping them. Social is an important tool for us to do things and, ultimately, help in the sales cycle.


We did not place monetary goals on social media at first, because that would reduce our focus on creating long-term value and limit our learning. But we did a survey in the last quarter of 2012 asking customers - even those who didn't follow us on social media - how they felt to us. Around 68 percent say our social-media efforts have increased their perception of Maersk Line. To me, that is a true sign of the beneficial effects of being open, involved, and transparent.

We have seen Twitter's costs relative to what costs would be if it would not be for media relations, for example, and we have seen that our social media gives us some serious media exposure. It's been noted that today we have the most influential online presence in the industry, even more than the media.

In some cases, social media has helped us reduce significant opportunity costs. For example, when Emma Maersk was on the Suez Canal during the Egyptian riots, there were rumors on the internet that Suez was blocked and Emma Maersk drowned. We called a local operation and learned that, yes, the ship was damaged, but it was safe to dock at the local port. We tweeted information and ended the rumors and increased panic. Without social, we will spend so much time management trying to find out the response and reach out to clients to convince them.

We have set up metrics to navigate our progress, but not as a goal to achieve. For example, regarding branding work, the plan is that every time we bring in a new employee, we ask him how much social part is played in the choice to work for us. That will give us metrics to measure our efforts — even five years from now.


Our social-media growth has been largely organic. As I have found a local Maersk Line Twitter or Facebook account, I've reached out to give them access to post to our global Facebook page, but in a way that their own content is seen locally. It's important for us to have a consistent voice and presence, but also to make it simple for people to know which accounts to follow. I recently had to intervene with Maersk India to direct their social-media activities so they would post on our global page. There was some grumbling, but then they realized that they could get more fans through the global platform.

An added benefit is that with this single platform for publishing, we have a constant source of content-photos, updates, news, and so on. content that comes from our people, not from management. At the same time, we have agreed that it is okay to open a local Twitter account as long as they add value to the business. We don't want this local account to be just tweeting the same story we've published. And it makes sense to use local languages ​​if that's a natural thing to do.