Is it true that Governor-General Jan Pieterszoon Coen was killed at the hands of Intel Mataram? 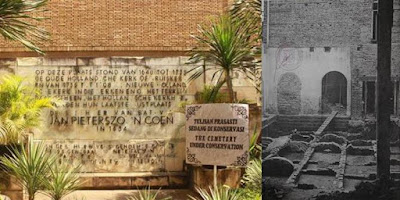 The pink tombs collapsed in the middle of small tombs. Giant banyons protect it from the sun and rain. Dry leaves and black stones filled the center of the final resting place. Residents of Keramat Village, Tapos (Bogor-Depok border) know him as the tomb of Nyimas Utari Sanjaya Ningrum.

"The task he successfully carried out. Coen's neck was successfully beheaded with an Aceh machete, "he said. Sukandi's statement was confirmed by Ki Herman Janutama. While quoting the Javanese Chronicle, the historian from Yogyakarta said that the beheading of Coen's head was a long-planned secret mission involving the Mataram intelligence group, Dom Sumuruping Mbanyu (Needle Inserted by Water). "People might be surprised now that the Mataram military has its own cipher, but for those of us who are familiar with old manuscripts and oral stories passed down from generation to generation, this is not strange," Ki Herman said. The telik code infiltration of Mataram to Batavia had been designed since 1627.

By mobilizing Tumenggung Kertiwongso people from Tegal, the commander of the Mataram intelligence group Raden Bagus Wonoboyo built a base in the Sunter Riverbank area in the Tapos area. To complete the secret work, Wonoboyo sent his daughter who has a capable cipher skill, Nyimas Utari, to join the cipher agent from Samudera Pasai, Mahmuddin. "He has a code name: Wong Agung Aceh. He then married Nyimas Utari, "said Ki Herman. From Aceh, the two intelligence agents entered the VOC stronghold in Batavia with camouflage as business people. They owned a merchant ship that the VOC chartered to transport cannons from Madagascar. They were then trusted by Coen as a VOC business partner.

So close, that they have access to the castle and associate with Eva Ment, Coen's wife, and children. In 1629, the Mataram army invaded Batavia. In the midst of chaos and panic, Nyimas Utari killed Eva and her children with poison through drinks. Mahmuddin managed to sneak into Coen's room and kill him. "In order to prove the success of their mission to Sultan Agung, Nyimas Utari, using a machete belonging to Mahmuddin, beheaded Coen," Ki Herman said.

While taking the heads of Coen, Mahmuddin and Nyimas Utari were escaped by the Mataram smugglers from the VOC fortress. However, during the escape they were bombarded with cannon fire which killed Nyimas Utari. Mahmuddin carried his wife's body to the village of Keramat, where he was buried. Chief Coen was taken by Wonoboyo. By relay, the chief was carried over the North Coast route by the Mataram army under the commander Tumenggung Surotani.

Sultan Agung ordered to plant the head in the 716th row of stairs leading to the tomb of the Javanese kings in Imogiri. "Until now, pilgrims who understand this story will carry out a ritual of condemning the soul of Coen by trampling on the 716th steps while taking a curse from their mouths," Ki Herman said. Although Coen's death seemed sudden, officially Dutch historians believe that his death was due to cholera. According to H.J. De Graaf in the Peak of Power of Mataram, on September 17, 1629, Coen was still looking fit when checking the preparedness of his troops to defend Batavia. "On the night of September 20 he suddenly fell ill and at around one night he died," wrote De Graaf.

In the Betawi Story of Tempo Doeloe: Robin Hood Betawi, historian Alwi Shahab cites the Dutch version which mentions Coen's body was later buried in the City Hall (now the DKI History Museum in Fatahillah Park) and then transferred to De Oude Hollandsche Kerk (The Old Dutch Church which is now a Museum Puppet).

However, historian Sugiman MD in Jakarta from the Water Bank to the City of Proclamation, doubted that the tomb contained Coen's body. Moreover, according to archeologist Chandrian Attahiyyat, Dutch archeologists ensured that no remains were found in the tombs when they carried out excavations in 1939. To be comprehensive, excavations should be carried out in Imogiri. "Indeed, so far there has never been an archeological study of the truth of the Javanese Chronicle about the killing of Coen," he said.

Post a Comment for "Is it true that Governor-General Jan Pieterszoon Coen was killed at the hands of Intel Mataram?"