Jerusalema challenge dance.  Song from South Africa that has gone around the world and South Africa’s president Cyril Ramaphosa endorsed the dance craze, calling on people to participate in the dance challenge lifting spirits amid the pandemic.

The song "Jerusalema" by Master KG and Nomcebo Zikode in 2019 and has received international attention and topped the South African charts in December.

More than 60 million times on Spotify The song has been played, being named the world's most popular song on Shazam 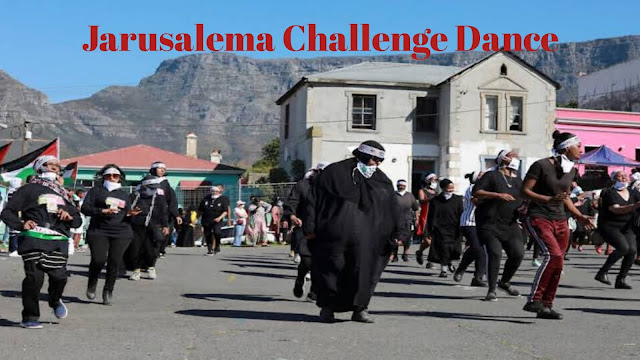 Jerusalema challenge dance. Penchant for dancing brings hope and enthusiasm in the midst of a pandemic

The upbeat Zulu song is asking God to take the singer to a heavenly city. In December the song topped the South African charts.

Since then, the Dance has become a viral sensation and has offered uplifting moments during the pandemic, not only in South Africa but also around the world such as France and Sweden, restaurants in Romania and public places in England and Canada.

Read too: Beginner's Guide: The Best Time to Visit Tokyo

The global challenge started in February, when the pandemic started to look more serious and closures were imminent. After a group of friends in Angola recorded a video of themselves dancing to the song

The Jerusalema Dance Challenge was also performed by world famous artist Janet Jackson and world footballers such as Cristiano Ronaldo They do Dance Challenge and post on youtube, Choreographers all over the world who also post tutorials online.

The dance eventually spread rapidly throughout the world, everyone from various countries such as firefighters in Romania, The Federal Office of Police in Switzerland to wildlife conservationists in Zimbabwe took part in the daance craze.

The South African nation finally answered the challenge and soon the entire country was dancing in unison, from the Minister of Health, Zweli Mkhize, and his department, to judges and lawyers in Cape Town's high courts, to front-line workers in South African hospitals and schools. , and even factory workers and truck drivers.

Read too: Getting to Know More About the Advantages and Disadvantages of Partnership

In the African city of Makhanda, hundreds of residents took to the streets of Church Square recently to take part in the Jerusalema Dance Challenge in an effort to raise funds to improve the safety, health and sustainability of Makana and its residents.

In the country of Ireland A nursing home has followed Jerusalema's challenge, they were inspired by the recent Garda dance video which went viral worldwide.

Ealga Lodge Staff members finally descend onto the terrace of the nursing home to start the Jerusalema video, with one talented staff member performing an Irish dance, to entertain the residents.

Police units from An Garda Síochána stations across Ireland raised the stakes recently after they set themselves up for the challenge of the viral Jerusalema dance.

The Swiss police had put up with the challenge, and without hesitation the Síochána Guard decided to give it their all as one of social concern

In the countries of Zimbabwe and Honduras undertake dance challenges to convey messages of joy and hope during these difficult times.

Read too: The Most Exciting Things to Do In Paris You Should Know