AMT IT Solutions has a variety of solutions by leveraging future technology innovations to support and optimize company productivity to gain new business opportunities. 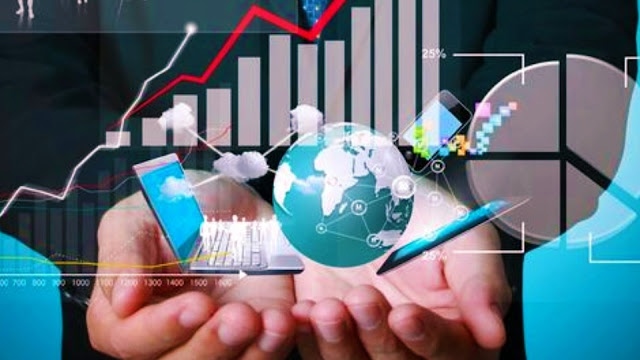 Various companies have started trying to apply the two technologies to be applied to marketed products.

In all countries, the development of AR has entered the industrial world. Several companies have implemented it as a new step to carry out promotions that attract consumer buying interest.

AR is a technology that combines the real world and the virtual world. One example of AR is google translate, where this technology can scan written translations from multiple languages. This makes it easier for users when traveling to countries that have difficulty writing letters.

Augmented Reality (AR) doesn't require a special set of tools to enjoy it. For example, only with a smartphone or tablet that has an AR application in it, users can enjoy the sensation of the virtual world that appears in the real world.

AR technology will bring significant digital transformation to various areas of the economy in terms of productivity, competitiveness, and providing new and innovative services to clients.

The difference between Virtual Reality (VR) and Augmented Reality (AR)

Augmented Reality is a technology that extends the user's physical world by adding a layer of digital information to it. The significant difference with VR is that AR doesn't create entire artificial environments to replace the original with virtual ones.

AR appears in a live view of the existing environment and adds sound, video, and graphics to it. Thus, AR is the appearance of the physical environment of the real world, along with computer-generated images that alter the perception of reality.

This technology works by manipulating the human brain, so that it is as if humans view things from artificial reality as real. This technology allows humans to interact with a 3D environment that is made as closely as possible to the real world or imagination.

In VR, this takes the user to enjoy a different experience as the user is taken to a different world. The work process of virtual reality is to erase the real world around humans, then users will feel they are entering the virtual world without touching the real world.

In the beginning, Virtual Reality was applied more only for user enjoyment or entertainment. Usually, this technology is found in various online games. However, scientists have recently started applying VR to the medical world. The difference with AR is VR will actually feel the shape of the human body without having to dissect the actual human anatomy.

Read too: Benefits of Financial Technology for Modern Society

These two technologies, both AR and VR, support each other from the development of the technological world. This can add to the experience in the world of entertainment and various other industries. Create new experiences. AR and VR present a new dimension of interaction between digital devices and the real world.

AMT IT Solutions has a variety of solutions by leveraging future technology innovations to support and optimize company productivity to gain new business opportunities. Through its journey, AMT IT Solutions has served various companies engaged in the manufacturing, hospitality, banking and government industries.