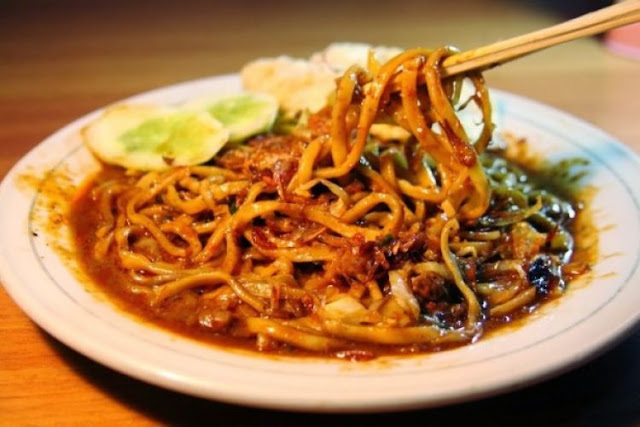 Aceh noodles is one of the typical foods in Indonesia, precisely from the city of Aceh. This Aceh Noodle is a type of spicy food typical of Aceh, Indonesia. Yellow noodles with thick texture and added with sliced ​​beef, mutton or other seafood (shrimp and squid) can be served with thick, savory and spicy curry soup.

When viewed from the side of history, this type of culinary can not be separated from the local culture of the Acehnese people and the influence of foreign cultures that entered the Aceh region in the past. This curry-based soup, which is quite thick, is an influence of Indian cuisine, while noodles are an influence from China. Serving with added pieces of mutton or beef can also show that Islamic values ​​in Aceh are very strong. They need halal food ingredients, especially meat. The addition of Seafood served in Aceh Noodles is due to Aceh's own geographical location surrounded by the Malacca Strait, the Andaman Sea and the Indian Ocean, but also seen from the lives of the majority of Acehnese people who are farmers, traders and fishermen