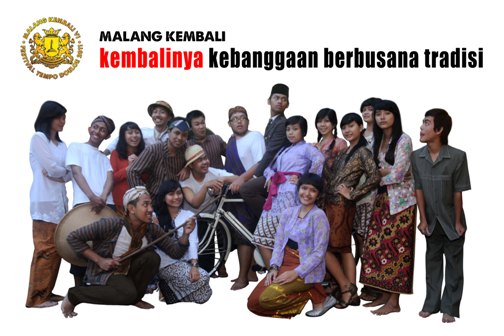 "Story telling tells a brand in a different and more humane way. Malang tempoe doeloe tells the city of Malang by involving tourists and prospective tourists of Malang city to remember the life of Malang city in the past.

Malang Tempo used to always feature elements from past cultures. Everything presented at the event was nuanced in the old days, starting from the location setting, the decoration of each stand, the stage decorations to the visitors' costumes. However, the initiator of this festival is different from the Malang Tempo Doeloe Festival which is held once a year to two years.

Malang city government applies storytelling by making a story, an inspiration, and emotional bond with the objects of interaction in the Malang Tempoe Doeloe program.

There are 3 things that I think are the underlying reasons Because a storytelling marketers are aware of 3 things:

1. People Don't Like Ads, But They Like Stories.
Prospective tourists trust their opinion leaders or colleagues who recommend a tourist attraction, rather than advertising. Positive stories about poor tempoe doeloe will be word of mouth or viral marketing

2. The Most Effective Advertising Not Only in Frequency, But in Intensity
Advertising in the mass media or print media can properly increase the frequency of coverage of tourists who see or read it. But does it have an impact? We also need to think about the intensity of the ad. So that's where the storytelling is used. It not only affects the external senses, but touch the heart too.

3. Tourists are the Best Marketing Agents
Nowadays, information and advertising have been circulating so much that it makes it hard for tourists to believe which ads are valid or not