Get to know Blockchain Technology better 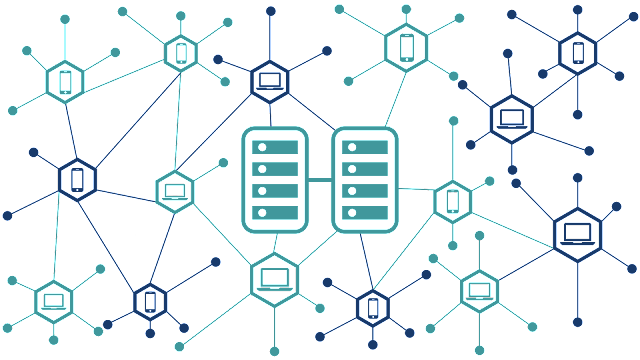 Have you ever heard the terms blockchain and bitcoin?

This term is very popular lately among the people. Apart from the term it turns out that the blockchain has become part of the development of the internet and technology world in terms of industry, especially finance.

For those of you who don't quite understand, you must be wondering about the understanding and workings of the blockchain system. Therefore let us review in full how the blockchain can be called a new innovation in the field of technology.

What is Blockchain Technology?

Blockchain is often also referred to as "distributed ledger" or distributed records. It is a series of records of data managed by a computer database that is not owned by any one entity. Each block of data is secured and bound using cryptographic principles.

Blockchain is used to record a transaction made with cryptocurrency such as bitcoin and so on. This technology was conceived by Satoshi Nakamoto, who then brought the blockchain to develop very rapidly throughout the world.

Blockchain technology has two side by side. On the other hand blockchain has a positive impact and benefit for many industries. But its decentralized nature also brings some disadvantages compared to ordinary databases. To get a more detailed explanation, let us consider the advantages and disadvantages of the blockchain below.

The advantage of blockchain

1. Well distributed
Blockchain data is stored on thousands of devices. Each network node in the blockchain can make a replica and store a copy in the database. It is safer, compared to a regular database which only depends on a server so it is very vulnerable to technical failures and cyber attacks.

2. Stable
Blockchain is a technology that can store a good financial history, where the audit trail can be tracked and permanently stored in a distributed cash book.

1. Public Key
Public key / asymmetric cryptography provides services to users to own digital currency units or other data blockchain. If a user loses the key, the user will automatically lose all the money stored in their account.

Application of blockchain within the company

Do you want to know more about the description and implementation of blockchain in a company ?. Here are some big companies abroad and the country that has successfully implemented a blockchain to help smooth their activities.

2. Operational activities
Bank Central Asia (BCA) is one of the banks that have implemented blockchain technology for their internal operations. This aims to accelerate payment transactions. In addition, POS Indonesia also developed a system called "Digiro.in", which is the application of the blockchain for the development of demand deposits.

3. Supporting business activities
Veiris, is a foreign company from Singapore that enters Indonesia. The company provides services based on digital and visual technology through computers using the blockchain system. Its function is very helpful to increase engagement with partners through Know Your Customer services.

Blockchain is a smart invention for a bright future in various industrial sectors, but to get there Indonesia still needs a lot of improvements and adjustments to the technology. So that this innovation can bring good overall impact to obtain the welfare of society.