Here's the History and Important Details of the Augmented Reality You Must Know! 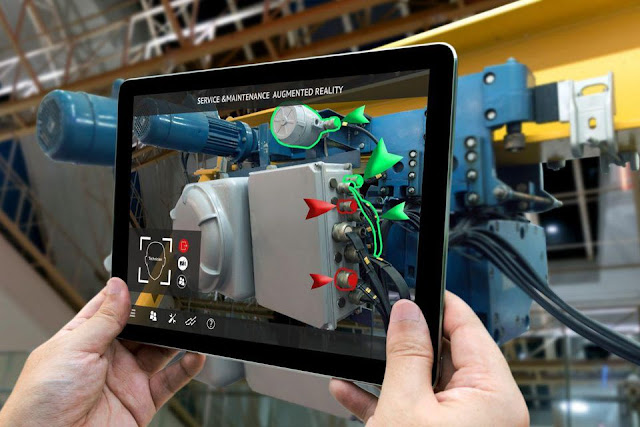 Speaking of augmented reality (AR), surely there are some of you who feel familiar, but some also feel strange. In fact, its application is very easy to find in the commonly used technological devices, you know. So, how does the background to the creation of AR, development, pros and cons, to its application? Here it is the full review for you

Augmented Reality Background and Development
The embryo of augmented reality began in 1957 when a cinematographer named Morton Heilig created Sensorama, a stimulator for visuals, motion, and smell. Then, a window that is getting closer to the final AR concept is opened by Ivan Sutherland through his findings; Head Mounted Display. HMD claimed by him as a window to enter the virtual world.
In 1975, Myron Krueger released Videoplace which allows subjects to interact with virtual objects. However, it was only in 1989, Jaron Leiner launched Virtual Reality, the commercial AR master that in 1992 applied it for the purpose of Boeing aircraft. Whereas L.B Rosenberg makes virtual fixtures for the American Air Force.
A year later, three friends: Steven Feiner, Blair Mclntyre, and Doree Seligman introduced the prototype of augmented reality. Since then, various scientists have developed beta versions of AR and refined them to be applied in various scientific fields. The goal is clear, which is to create a virtual experience that is more tangible for its users, especially millennial.

What exactly is the definition of augmented reality?

You might be used to hearing about augmented reality and know a lot about digital applications. But, what is the description according to experts? So, simply put, AR is a combination of the real world (reality) and the virtual world (artificial). However, the emphasis is on the reality side so that users can get a realistic virtual experience.

And according to Ronald Azuma, augmented reality or AR is a system which fulfills the following aspects:
1. Combining reality with virtual.
2. Operate interactively
3. Has 3D format integration.

Based on these definitions, there are fundamental differences between AR and VR where the two programs are often equated. VR replaces reality completely with virtual environments. Whereas AR combines the two environments with a more dominant approach to reality.

Pros and Cons of Augmented Reality

When we talk about the overall development of IT, where augmented reality is also included, there will always be pros and cons. What is the opinion of those who think that AR is something that must be stopped or limited alias contra to its development?

AR has the potential to make humans forget the real environment, especially the effects of addiction in its application to games.

Apart from the pros and cons that accompany it, AR has positive goals in various aspects of life. It's just that it requires strong control and sufficient knowledge for its users to be able to use AR wisely.

3 comments for "Here's the History and Important Details of the Augmented Reality You Must Know!"