The Origin of Indonesian Chicken Noodles 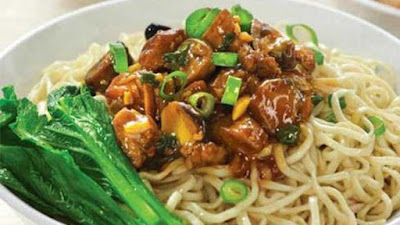 Every time we talk about chicken noodles, we immediately imagine a bowl of noodles plus pieces of chicken, mustard stew, sprinkles of leeks and other additions such as meatballs and boiled or fried dumplings.

But not many people know the true origin of chicken noodles into Indonesia so we can easily find them when hungry arrives. The familiar food is used as a helper when hungry to attack during the day or afternoon. Actually Chinese food. On the ground of his birth, noodles are not too different from those in Indonesia. Made from flour and on top of the noodles are usually added side dishes in the form of chunks of seasoned meat and vegetables.

Only in Indonesia added with meatballs, boiled or fried dumplings, and mushrooms. After entering Indonesia for the first time, the topping pork was replaced with chicken. Because the majority of the ancient kingdom of the archipelago is an Islamic kingdom. Besides experiencing modifications, the addition of variants makes chicken noodles more diverse.

There are yamin noodles that have sweet because they add soy sauce. In addition to experiencing the addition of variants, the process of eating is also experiencing modifications. In their home country, bakmie is eaten separately. But in Indonesia, prefer to mix the sauce into a bowl of noodles. Although originating from the country of bamboo curtains, chicken noodles in Indonesia are known as Wonogiri Chicken Noodles.